MANNING - Story Behind The Song 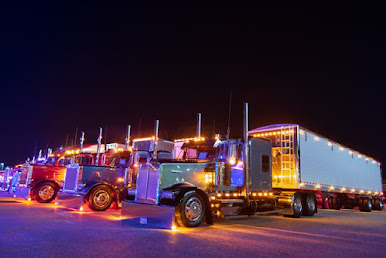 In 2002 my mom died. She and my dad had been living in Cape Cod for twenty-five years and I was living with my then wife, and her three daughters in Miami Dade. Things were tight and candidly, we were living paycheck, to paycheck. I called the airlines but they wouldn't extend me a bereavement fare. One thing was certain: I wasn't going to miss my mom's funeral. I elected to take the Greyhound.

It goes without saying, the trip was long and fascinating. It stopped often at bus stations and truck stops. One stop we made was a truck stop in Manning, South Carolina. It was your average truck stop. Trucks were lined up for the night, their diesels gargling at idol. They had shades on the inside of their windshields, and in the corners of the windshields, I could see the flickering blue light of some watching tv in the sleepers. In others I could see reading lights illuminating the cabs. Perhaps a driver talking to his wife back home, or perhaps taking in a book?  It was the same as any other truck stop, really. Nothing about it stuck out. Yet, when the bus stopped there on the way back home, it was familiar and I felt I almost knew the place.

About a week or so, after I got home, I was sitting in the back yard on a swing, playing my guitar and I was thinking about that truck stop in Manning. Suddenly, somehow, out of the blue, I landed this great chord progression for a song. While it was a bit involved with twenty-seven changes and seven chords, it painted the scene of that truck stop perfectly.

With the music of the song written and established, the lyrics just fell into place.

It was a fun story line to work with!

The storyline starts off with the protagonist hanging in the sleeper of his truck, at the truck stop, "broken" (him or the truck?) in Manning. He's content, and maybe relieved that he's in Manning. Apparently, everyone back home in 'Bama everyone is wondering where he is and waiting on his appearance.

His mind drifts off as he's distracted inside the truck stop, observing hotdogs cooking on a roller grill, and model stock cars on display. Slipping into denial, the reality crosses his mind where he says that he feels the pain in his heart, for what he's doing, which he knows is wrong, However, he immediately suppresses it by allowing himself to be so easily distracted. He observes tobacco stains on the pavement, which takes him back to his delusional cover up and falsely settles on a metaphor saying "But it's raining down in 'Bama, but in Manning it's a sunny day", because he created turmoil back home in Alabama, but in Manning he has no issues to deal with. He's run away from his issues.

The truck driver is fully content on staying in Manning, drinking a few beers and watching tv in the sleeper of his truck. He's not going anywhere. He's staying in Manning. After all, he says "..'Bama's just so far away from me", Of course that is his continuing denial. 'Bama are his continued problems that he's caused himself.

Meanwhile, his cell phone is ringing off the hook and his email is solid booked. However, his rationalization is again the same denial. "But it's raining down in 'Bama, but in Manning it's a sunny day"

It's wake up and face the reality time. He's heading back to 'Bama. His conscience finally took over and planted him in reality. He's ready to face the music, take it on the chin, and hope for the best.

"She'll probably slap me in the face, tell me I'm a big disgrace" Then, with a tongue in cheek  " 'Bama's looking brighter every day" because he knows that's the least he'll get and he knows the price will be high. "I'm hoping she'll take me back, cross my fingers she'll cut me slack.."    Then with the reversed metaphor  " 'Cause it's raining here in Manning, but in 'Bama, it's a sunny day."

In this last verse it becomes clear that he had gotten cold feet with his bride at their wedding in Alabama, and hi-tailed it to Manning.  After a bit of time stewing in Manning, he came out of the ether and is now in damage control mode.

As the protagonist in the song is from Alabama, I was looking for a riff that would give it something of an Alabama feel to it. The first thing that came to mind was, of course, Sweet Home Alabama. The opening riff that repeats throughout the song, has virtually nothing whatsoever with Sweet Home Alabama. My goal here was to get a riff that, being totally different, still sounded like it came from the same neck of town, albeit maybe a quarter mile away.

Emily Randle once again, lends me a hand, as she gracefully has in the past on other songs of mine (including "Island Ladies", which has over 100,000 radio air plays), She adds so much color and really tasteful solo work on the song! She recorded her parts up in Washington D.C. and gave us a trove of cuts to chose from, on this and two other songs we're working on! Thanks Emily!

The haunting slide guitar is me. As the protagonist is going through uncertainty, my objective was to have the slide sound pretty spooky. I thought it especially sounded really well weaving in and out with Emily's violin! I'm also playing the acoustic guitar.

Ericson Holt, what can I say? Former Nashville session player, it really doesn't get any better! Playing piano and organ on this track, as always, just superb!

Claire Finley is on bass once again and is perfect!

Alan Jax Bowers on percussion and Randy Stindt on drums did the rhythm to a T. First session with Randy, we've got a few more in the hopper too, as well as Jax, whom I've been recording with for about seven years or so!

Ian Shaw is the master at the helm, for both production, engineering, mixing, and forty years of solid experience.

Denis Blackham has been mastering for over fifty years, There is no one better. He's mastered for The Who, Crosby Stills Nash and Young, Led Zeppelin,.. the list goes on and on. Between him and Ian, it's like riding on a flying carpet.


SITTIN’ IN A TRUCK STOP, BUS STOP BROKEN IN MANNING

AND MANNING’S JUST THE PLACE I OUGHT TO BE


FURTHER BACK HOME WAY BACK DOWN IN ‘BAMA

HERE THERE ARE HOT DOGS ON A ROLLER GRILL


SOMEWHERE 'ROUND ‘BAMA THEY’RE WAITING ON MY CALL


IN MY HEART I FEEL THE PAIN

BUT IT’S RAINING DOWN IN ‘BAMA

BUT IN MANNING IT’S A SUNNY DAY

IN MANNING IT'S A SUNNY DAY

HANGIN’ IN THE SLEEPER WATCHING MY TV

‘BAMA’S JUST SO FAR AWAY FROM ME

WONDERING WHY I’M NOT THERE

AND ‘BAMA’S SO FAR AWAY FROM HERE

CELL PHONE’S RINGING OFF THE HOOK

BUT IT’S RAINING DOWN IN ‘BAMA

BUT IN MANNING IT’S A SUNNY DAY

IN MANNING IT’S A SUNNY DAY

MOTOR’S FIRED UP GUESS I’M HEADIN OUT OF MANNING

CONSCIENCE GOT THE BETTER PART OF ME

HEADING BACK HOME GONNA FACE THE MUSIC IN ‘BAMA


SHE’L PROBOBLY SLAP ME IN THE FACE


TELL ME I’M A BIG DISGRACE

I’M HOPIN’ SHE’LL TAKE ME BACK

CAUSE  IT’S RAINING HERE IN MANNING

BUT IN ‘BAMA, IT’S A SUNNY DAY

THANK YOU FOR READING MY BLOG!!! 😃

IF YOU FOUND THIS BLOG HELPFUL, FUNNY, EDUCATIONAL, OR STIMULATING, PLEASE HELP SUPPORT IT BY BUYING ANY OF MY MUSIC, OR BOOKS BELOW! Thank you!!!!

"Time Traveler - The Oddities and Adventures of a Key West Bartender". The first of the series!
Follow Mark Straight's continuing journey and friendships from current Key West, back to historical Key West and elsewhere! 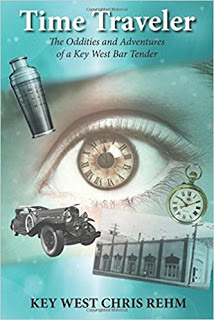 Also! My latest music release, "Trimaran" is now available through Amazon at only: 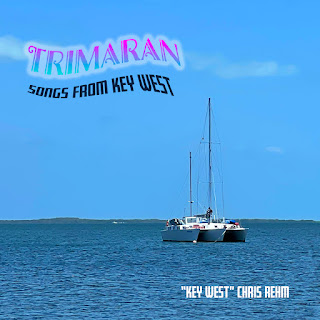 This book picks up where "Time Traveler The Oddities and Adventures of a Key West Bartender" leaves off! 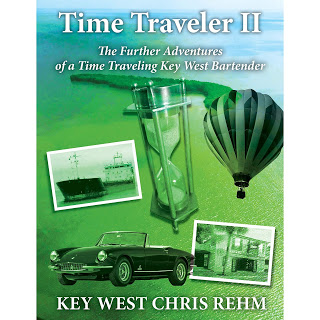 "BAR STORIES - A semi-fictional adventure-tour as witnessed from a bar stool"
Individual stories of things I've seen in bars over the years which are noteworthy... and in most cases, humorous! Read about The Jack Daniels Floor Cocktail, or Bar Cherry, or Kamikaze, The Cox That Rocks, Only In Key West... the list goes on!
Time Traveler III Excursion! The latest in the series! Fun to read as either a first time reader to the series, or a seasoned reader of the series! 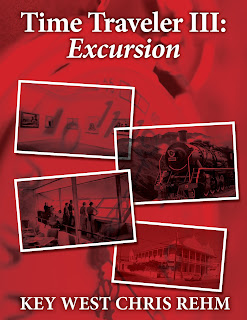 All The Best From Key West! Released in December, 2019, to rave reviews! 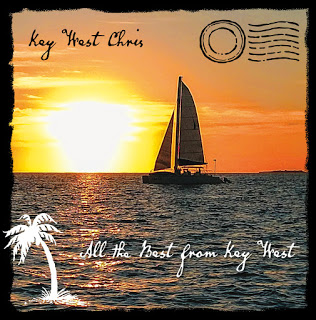 Posted by Chris Rehm at 8:26 AM No comments: