A Funny Thing Happened on the Way to The Keys 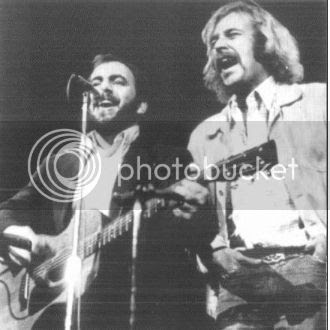 I was reminded of this curious story when a friend in the media mentioned that I was friends on Facebook with someone he wanted to contact.  I won’t name names, because all of the sudden he’ll no doubt get all kinds of friend requests from people he doesn’t know.

The story goes back to 2007/2008, prior to my moving to Key West, when I lived in Miami/Dade. My friend Dave has always been a music fan, especially acoustic music. He had been stationed at Homestead AFB in the late sixties, early seventies and upon his release from the service, he elected to stay in South Florida. He based himself in the vibrant Coconut Grove area, which then was a quaint little bohemian village on the water of Biscayne Bay. My friend Dave was also a serious audio file and would do sound for various coffee houses and bars that hosted live music.

Being the sage fan that he is, My friend Dave would record the gigs, direct from the board to his reel to reel! The quality was always superb. It wasn’t as though someone was out in the audience holding a microphone up in the air in the crowd. No, this was direct off the sound board and when you heard the audience, it was through the singer’s microphone on stage that would pick it up. 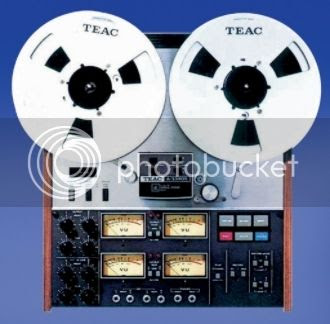 Now, I met Dave in the nineties I guess? He’s still a major fan of live music to this day I will add, and that’s how I met him.

Dave gave me a few of his recordings. I have a Steve Goodman gig at a little place called Bubba’s, in Coconut Grove and also a recording of Gamble Rogers, which I think was recorded at The Flick, just off the University of Miami’s campus, in South Miami.

Another that Dave gave me was the last set of a Steve Goodman gig, again at Bubba’s in the Grove. This was interesting in particular, in that a guy named Jimmy Buffett was there as well for this last set, sitting in.

Few knew who Buffett was at the time. Hell, it wasn’t even his gig. Fame would come after the album’s release. My friend Bill “The Cox That Rocks” Cox was there that evening and became an instant Buffett fan. However, when Steve Goodman introduces him, the crowd gives a polite, subdued, quiet applause.

The recording is one set at the end of the evening. A lot of banter between them both, some quite saucy actually. Really fun stuff! As it turns out, this is said to be the oldest live recording of Buffett and the quality is fantastic!

At one point or another, I made a post about it on Buffett’s fan forum on his website in 2007. Suddenly I’m inundated with messages! Everyone wants a copy!

Now My friend Dave is the nicest guy around. Very easy going. I didn’t think he’d mind at all, but before I did anything. I only thought it right to touch base with him on it. It’s his recording after all.

Dave was a gracious as ever. What he told me was “I don’t mind anyone having the recording at all! However, as I made it, I would like to hand Jimmy Buffett the recording and shake his hand. I made the recording, so I should be the one who gives it to him. That’s it.”

Fair enough! The obvious stipulation being that Buffett is the first recipient.

Well, that’s when I went to work! I spent days attempting to get in touch with Buffett and after talking to a bunch of people, I was finally put in touch with the aforementioned individual at the top of this blog.

He had an unusual location geographically, in my view to be part of the Buffet business group, however, having said that, I was put in touch with him through Buffett’s “people”.

He always came across as a very nice fellow. We went back and forth quite a bit. I told him what we had. Then he got back to me saying that Buffett remembered Bubba's and thought he remembered Dave as well. I recall during these exchanges, Buffett had just done a concert in Hawaii.

At the beginning things progressed quite well. My contact said he was told that it should be pretty easy to accommodate Dave’s request the next time Buffett was in Miami, or maybe Dave could come to Key West, if Buffett would be going there first?

Then it ran into what I named “The Buffett Personnel Quagmire”.  The funniest, most ironic part about it was that it was the exact same thing Buffett would have written a song about had he been in my shoes. Something like “Fruitcakes” where he’s questioning the ridiculousness of society and bureaucratic nonsense.

“Well, we’re not sure who this Dave guy may be?”

All of this translates to lawyers and inter corporate members searching to move up the corporate Buffett ladder by getting involved and inserting their presence.

What happened to “Where are the Junior Mints????”

Before all of this, it seemed that Buffett was talking to my contact directly. Things like Buffett remembering Bubba’s and thinking he remembered My Friend Dave. Now, however, things appeared to have changed. Clearly other people were now exerting their influence.

Next thing you know, my contact is saying that people in the Buffett organization are all saying the exact same thing: “Just send me the recordings and I’ll make’s sure he gets it”

What kind of a moron do they take me for anyway?

What their intention was is exactly the intention My friend Dave was hoping to avoid. Some complete and utter asshole, attempting to walk in and hand Buffett the recording of Buffett and Steve Goodman playing at Bubba’s in Coconut Grove before “.. Pink Crustacean” was released, and taking all the glory in their own eyes.

Then I got the ultimate statement to date.

“Well, we’re not sure who this Dave guy may be?”

Okay, Right! The implication was more than obvious.

Like some Jewish guy, originally from Long Island, now in South Florida for almost fifty years after serving several years in the United States Air Force, about Buffett’s age, is going to strap on a bomb vest and blow their sacred cash cow to kingdom come.

They’ve got to be kidding.

I want some Junior Mints people!!!

Not long after that I moved to Key West. I felt bad for the relay guy I was dealing with. It started out with him being the point man. After it was established that we had something of good value and interest, the rest of the staff all jumped on the bandwagon, making the point man basically a relay man.  Like I say, it was actually the perfect backdrop for a Buffett song. Ironically, Buffett’s crew would have been the crux in the focus of the angst of the song!

Regretfully, Buffett never got the recording. Fortunately neither did the ones in his organization who said “Just give it to me and I’ll make sure he gets it” They were attempting to usurp My Friend Dave’s work.  Those jerks must have thought that I just fell off the turnip wagon. I mean, seriously? Really?

All we wanted was honesty and integrity. That seemed to be the case when Buffett was talking to our contact. Likewise with our contact. At that point it was all straight forward. However, when the lawyers, the office turds, and all the bullshit grinders that goes along with them settled, and they messed things up royally. The songs are still in My Friend Dave’s computer and they don’t have anything.

The saddest part of it all is, looking at the average age of Buffett fans, there’s most likely a fair amount of folks that have gone on to their reward between 2007 and today and never heard these recordings. My Friend Dave certainly wasn’t being unreasonable. He recorded the event, which in any other situation, would never have been recorded in the first place, had it not been for him.

Additionally, it’s not like a recording that was made at some gig in say, 1988, with some fan holding up a mic among 60,000 fans. This is with the late Steve Goodman and recorded before Jimmy Buffett, was “Jimmy Buffett”.  Although My Friend Dave said all he wanted was to hand JB a CD, shake his hand, and go on his merry way, my contact and I talked about My Friend Dave and JB having lunch together for the exchange. That would be nice! A casual lunch at maybe Scottie’s in Coconut Grove, mere blocks away from where the original gig took place, well over forty years ago.

Check below for a clip from the gig in question, “Cuban Crime Of Passion”

*An interesting anecdote that goes with the story: Around the early 2000's Bill "The Cox That Rocks" Cox met for the first time My Friend Dave. As it turned out, they both had attended many, many of the same gigs over forty years. The gig here was one of them! Bill passed away a year and a half ago. He was a major Buffett fan from the Bubba's gig to his last breath. In the early years, he would go to Buffett's gigs in the middle and upper Keys, often hanging out together after the show. Bill's highlighted in my book below. Miss you Bill!

Please support the blog and buy the book! You'll be glad you did! 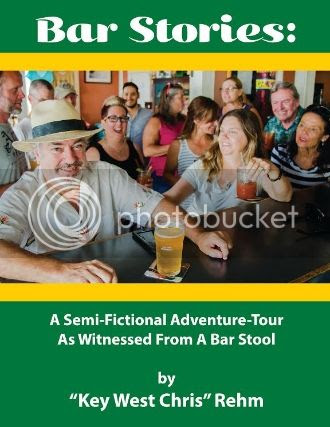 The direct link to Amazon: http://www.amazon.com/Bar-Stories-Semi-Fictional-Adventure-Tour-Witnessed-ebook/dp/B01AHKCY1K/ref=sr_1_1?s=books&ie=UTF8&qid=1454608141&sr=1-1&keywords=bar+stories

To obtain my music:

Thank you everyone!!
Posted by Chris Rehm at 8:59 AM 7 comments:

One of my most popular blogs right now is my blog, *Winter Relief, that I put out last March. So, I figured, here in the middle of winter I'd do another! So, here's a touch of relief from the Florida Keys! 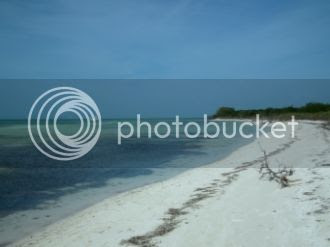 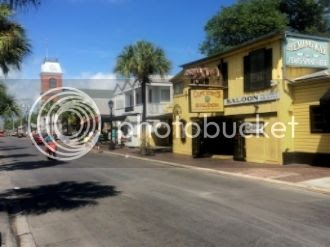 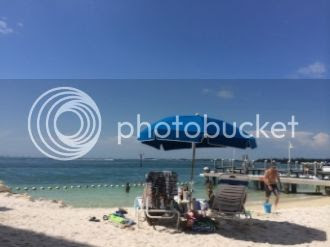 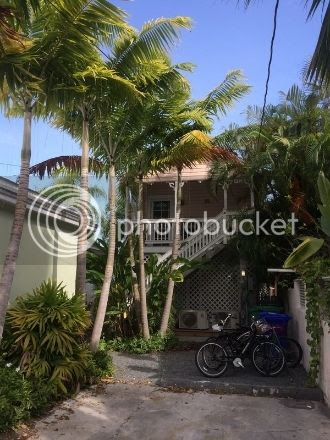 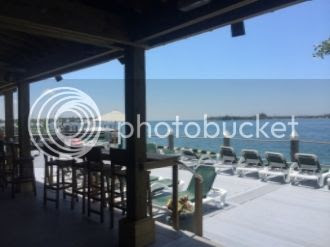 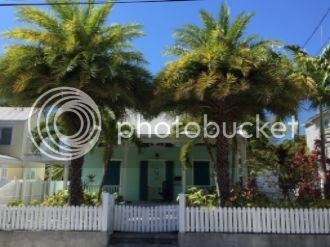 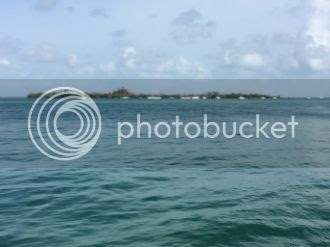 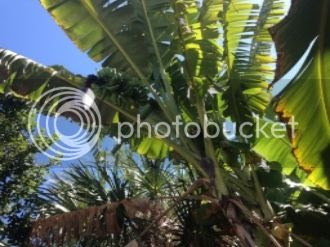 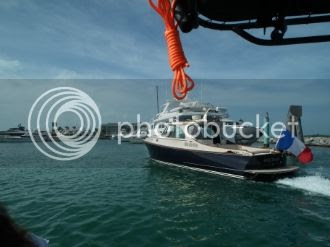 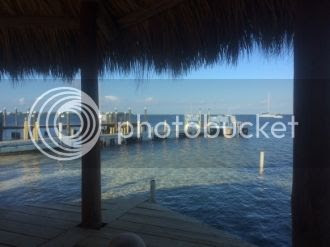 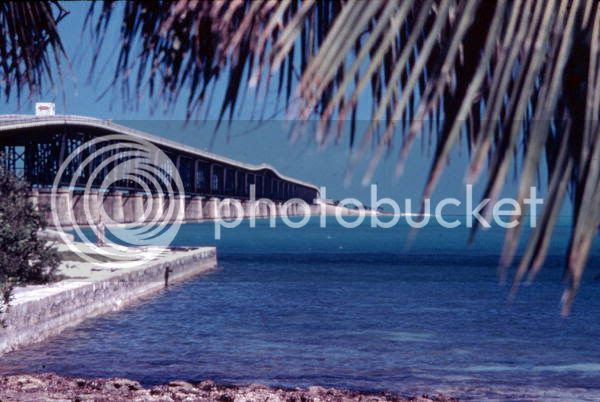 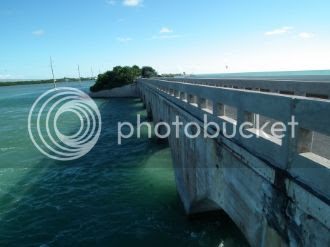 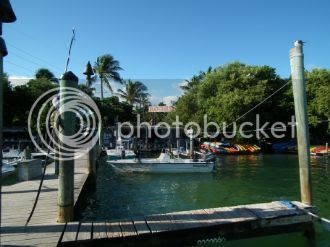 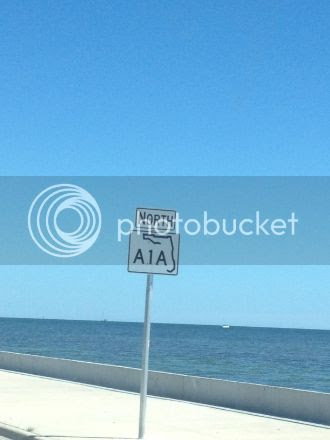 Rt. A1A is only three miles long in the Keys. Also known as "South Roosevelt Blvd." 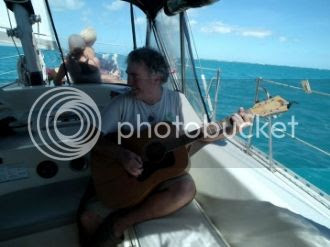 Playing somewhere between the Gulf of Mexico and The Florida Straights, a few miles west, of Key West aboard Larry Poff;s 41' Morgan sailboat, Transition. 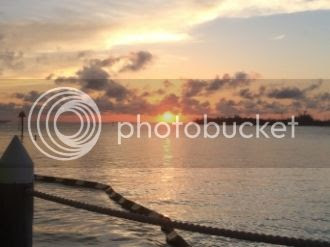 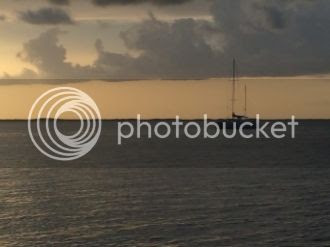 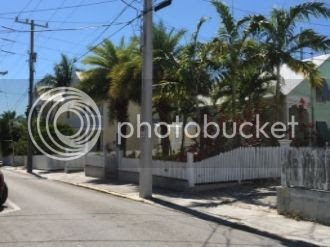 
Yes., that's right, $3.99 and you can get it anywhere in the world via Amazon download.

The direct link to Amazon: http://www.amazon.com/Bar-Stories-Semi-Fictional-Adventure-Tour-Witnessed-ebook/dp/B01AHKCY1K/ref=sr_1_1?s=books&ie=UTF8&qid=1454608141&sr=1-1&keywords=bar+stories

Thank you for reading the blog!

Posted by Chris Rehm at 9:43 AM No comments: