Hands Across The Gulf 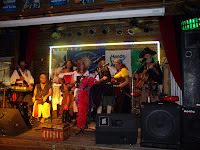 On Saturday the “Hands Across The Gulf” event was held at the El Alamo bar on Charles St. A direct result of the Gulf oil tragedy, Hands Across The Gulf was organized to give aid and assistance to those affected. Events were organized by Hands Across The Gulf’s very own Alene Zolin Albright of Houston, Texas, with events in both Key West and Fort Lauderdale, this last weekend. In addition, a third event will be held in Houston on September 25th at Cullin’s Live, 11500 Spacecenter Blvd, Houston, Tx.
http://www.handsacrossthegulf.com/
They are still seeking sponsors for the Houston event. Here in Key West, Cypress House stepped up to the plate offering a place to stay for the out of town organizers and musicians. Cypress House is a beautiful guest house on Caroline St. just a block off Duval St. Close enough, yet far enough at the same time. A big note of appreciation goes to them as a private, local enterprise for donating their much assistance!!! Also, Rock Star Energy Drinks and Winn Dixie Supermarkets kicked in to help out the cause also. Hats off to them as well!!!

A gathering first took place the day prior, aboard the Schooner Wolf, complements of Admiral Finbar. Admiral Finbar oversees the Conch Republic Naval Fleet and is also one of the key members of the Conch Republic insurrection back in 1982. The Wolf is a gorgeous schooner and also doubles as the home for Admiral Finbar and his first mate Julie. With guests from Key West to Arizona, The Admiral and his crew volunteered their services for a sunset cruise leaving out of Safe Harbor on Stock Island. What a time was had! Rich In Spirit played a bunch of great songs aboard the schooner while under sail, that had everyone in a jovial mood. In addition, Timothy Thomas, Ian Sklar, Joerdie Scherkeryk, artists visiting from out of town, all picked up guitars and added their artistic talents to the sunset. A very big thanks to Admiral Finbar and Julie for sharing, not only their schooner, but also their home to us all. I had to almost force the tip into his pocket at the end of the sail. Amazing.
The event showcased both local and guest musicians from out of town, chipping in for the cause. Artists from Arizona, Texas, New York City, and the Conch Republic all chipped in. In addition, Gary Ek’s
http://southernmostmedia.com was a host and broadcast the event live with video streaming.
Artists from all sorts of genres played the event, which stretched from 7pm to after 4am. The show started with a peculiar duo, with one guy playing a kareoke computer(yeah, really. Hello) and the other guy speaking like a machine gun into the mic, in what I thought was a foreign language, only later to be informed was actually English. It was a rough start for the on line broadcast as well; however Gary Ek got that squared away soon enough. The rest of the evening was superb with performances by, Mary Spear, Bill Blue, Gary Hempsey, Deb Hudson, Island Alex, Clayton Lopez, Rich in Spirit, Gina, myself, Ian Sklar, Joerdie Scherkeryk (daughter of Woodstock legend Melanie) Timothy Thomas. Oh, and did I mention Captains of The Devil’s Triangle? An eight piece ensemble of pirates singing fun, seafaring songs one would expect of a group of pirates! Had everyone laughing and singing along!
Some notable musicians who need to be noted in specific: Steve Gibson, an amazing mandolin player, backed up at least half the show, maybe more, with both 4 string electric mandolin as well as 8 string acoustic/electric mandolin. Backup vocals as well! Great job Steve!!!
Oscar played congas with just as many folks, as well. Hat‘s tipped to Oscar!
And without a doubt, the yeoman job musically of the evening goes to bass player, Bubba Low Notes. Bubba played virtually the entire evening non-stop, backing every act starting with Mary Spear through Bill Blue, which was about seven hours straight. On my set I played all original songs that he never heard. He fell right into the groove on the first note. Bubba truly is The Man!!!

A great evening and a great cause was had by all. Thanks to all!!!! 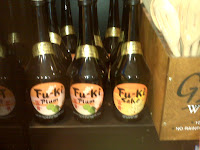 The Citizen, the local Key West paper, everyday carries a daily piece called “ Crime Report”. Often there are serious crimes reported, however often there hilarious crimes they post as well. I guess about a year back they decided they would pull the Crime Report from the paper. The uproar it created was deafening and they put it right back in. Below are some recent Crime Reports, which are a shining example of how entertaining it can actually be.

KEY WEST -- A man told police early Thursday morning that another man broke into his apartment and rearranged his tissues.
The 51-year-old man told officers around midnight that another man who lives in the same building tore a small hole in one tissue and wrinkled a corner of another tissue, and this was evidence of a burglary, reports say.
The officers found no signs of forced entry and no evidence that a crime occurred, but they noted in reports that "this has been an ongoing issue between these two for several years, according to past calls."
One-sided fight
KEY WEST -- A drunk man allegedly punched and kicked a pickup truck parked at Casa Marina Resort early Friday morning, causing $1,500 in damage, reports say.
Officers found the "very intoxicated" suspect walking near Alberta and Waddell streets, reports say. The man told them he was a guest at the resort and that he "drank too much alcohol and was stupid," reports say.
He was charged with misdemeanor criminal mischief and booked into jail.


Police fish drunken man out of the drink

KEY WEST -- Police had to fish a drunken man out of the water Tuesday evening after he reportedly fell into the drink while arguing with another customer at a bar.
There were no injuries and no arrests.
Officers reportedly arrived at the Conch Republic Seafood Co. at 7:35 p.m. to find the 49-year-old Key West man treading water in Key West Bight.
A manager at the bar/restaurant helped the officers throw out a life ring and pull the man ashore, reports say.
As soon as the man was on land, he allegedly started complaining about multiple past injuries, ranging from a hernia to a broken neck, and listed a litany of lawsuits he supposedly was filing.
Officers asked him what happened, but the man reportedly just "kept repeating that his margarita was still at the bar."
He allegedly refused medical attention, saying he would "wait until he hurt more tomorrow before going to the hospital," reports say.
Finally, the man reportedly told officers that a manager had walked out of the bar, swore at him and then pushed him in the water.
But another manager reportedly had seen the man arguing with another customer near the water.
Unable to get a description of a suspect, police issued the man a case number and told him the report would be available at police headquarters.
Reports did not indicate if he was able to finish his margarita.


And finally for today, while shopping in the famous Fausto's market on Flemming St. I came across Fuki, makers of Japanese Plum wine and Sake. I mean, how could I pass that up?

I just couldn't help but hear in my brain "You want Fuki Fuki?"

Posted by Chris Rehm at 8:42 AM No comments: